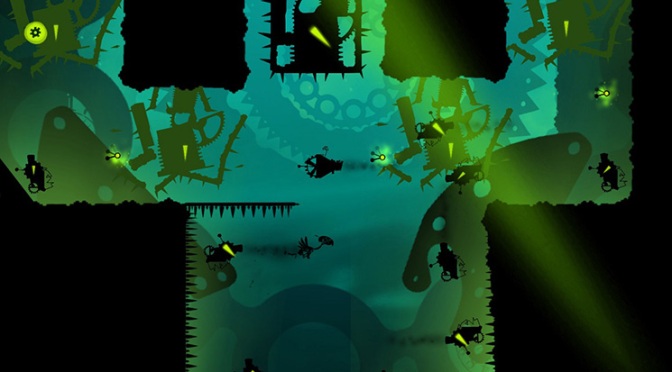 Green Game: TimeSwapper on the Nintendo Switch by iFun4all, is a game with an interesting concept but executed poorly. The game premise is built upon a time feature. You have to transport a Bird from one box to another Box while collecting Gears, which are the games collectible. The time element comes into play because depending if you are in the future or the past is dependent on whether air ducts turn on which are the key to leading the bird to its new box.

One Positive about the game is that its art style is on point! This is the games greatest strength. The use of gears and steampunk feel graphics really sets the mood! However, this is let down by terribly executed gameplay. The game is touchscreen. Everything you do has to be imputed through touch. Does this make a bad game? No. The problem lies with its execution. It is not accurate at all. I had to google how to start the game it was that bad. Because the start screen has a level select screen where you control going through the levels with your hand but when you click the number 1 to go to level one it doesn’t do anything because of how inaccurate the touch sensor is.

Within the game itself you control the air ducts by swiping left and right which must be precise to get to the end. Problem is that it’s not precise and most of the time just goes from one side or the other in a split second. For the life of me I can’t see the time Element in the game. I understand the premise of how they wanted to implement it. But when it comes down to gameplay its just about switching air ducts off!

This game has a brilliant premise and has the potential to be a great pick up and play game but the touch controls hold the game back from being that game. I can’t stress this enough that the game itself has an interesting concept and could be great. At this time, I cannot recommend this game until they fix the said issues. Not even for the price of £2.69 ($2.99).