Tetris 99 is the newest installment of this iconic gaming franchise. Tetris has a way of leading the puzzle genre of gaming, from the first VR puzzle game to now the first Battle Royal puzzle game. This installment Tetris puts you up against 98 other players, for a total of 99 players in a room. Tetris 99 is only available to customers of the Nintendo Switch online service, and it’s free. I have been barley able to pull myself away from Tetris long enough to write this up. From the hour I have played I have not waited longer then 30 seconds to get in to a match, and I have not experienced any lag or slow down, I have also never been disconnected or booted out of a game. If you are a fan of puzzle games this is defiantly for you. Also this is a great perk for Nintendo Switch online customers.

Well, deck my halls, its beginning to look a lot like Christmas! Because It’s exactly one month until Christmas! And your probably thinking to yourself  “crap I still need to do all of my Christmas shopping” Well your in luck dear reader because Quest 4 Pixels has your back with the Nintendo Switch: Holiday Buyers Guide; Console and Games Edition

The base model of the Nintendo Switch comes with:

If you really want to surprise and delight that special someone you might want to look into getting a bundle. There are a few different bundles right now but we’re going to spotlight 4 of them.

Fortnite is the biggest game on the planet right now and has become such a cultural phenomenon that kids are having dance offs based off the funky fresh digital moves. This bundle includes everything from the base model plus  1,000 V-bucks and unique character outfit and items.                                  Perfect for the tween/teen gamer in the family

Whew, that was a mouthful. This bundle is one of the best yet. Whether your buying for a Pokemon veteran or newcomer, this Nintendo Switch
bundle has everything a Pokemon trainer needs to start their adventure in the Kanto region

One of Nintendo’s biggest franchises on one of Nintendo’s best consoles . Everyone is here and this truly looks to be the Ultimate Super Smash Bros. For the casual fighting game fan to the hardcore pro player. Like seriously who doesn’t love Smash!

Legend of Zelda: Breath of the Wild

Game of year winner in 2017 and it’s not hard to see why. Legend of Zelda Breath of the Wild is probably one of the best Nintendo games on the system. It was literally a breath of fresh air with its sprawling open world and creative physics engine. Go anywhere, climb anything, if you can see it you can get to it.

From its clothes, gear, weapons and music Splatoon 2 feels like a self contained culture that has created a trendy and stylish world all within a game. It gets a tremendous amount of love from the development team in the form of free updates. It has events called Splatfest every so often to keep the community engaged and the game feeling fresh. It’s a shooter that’s family friendly and something that only Nintendo could have pulled off.

Nintendo has had the support of Ubisoft since the Wii days. Ubisoft even supported Nintendo during the dark era of the Wii U. Thankfully for Nintendo, Ubisoft has been hitting some real home runs on the Switch. First with Mario + Rabbids: Kingdom Battle and now with Starlink: Battle for Atlus. Starlink with it’s inclusion of the Starfox characters has stealthy became the best Starfox game in ages. It’s fun, fast and well made everything Starfox Zero on the Wii U was not. Plus this comes with an Arwing toy that is more than worth the price of admission.

What are you waiting for? Head on over to Amazon using the links on this page to go directly to the Nintendo Switch Bundle you need and order it today before stock runs out!! All purchases made using the provided links to Amazon will go toward helping Quest 4 Pixels Gaming improve content, and pay contributors! Thank you and have a very Merry Christmas,
Happy Hanukkah, and an amazing new year!

Over the long weekend, Nintendo dropped a new Smash Bros Ultimate trailer. An advertisement that is truly the banner artwork come to life. What makes this commercial different than past Nintendo advertising is that this commercial has zero music, but it does have sound effects. Enter the internet and in a matter of hours, there were tons of edits from users adding their own background tunes and here’s the awesome part, like the slogan “Everybody’s here” EVERY SONG WORKS. Take a look at some examples below.

Was this some genius marketing ploy by Nintendo, or just a happy coincidence? Either way, this is just the beginning folks and if you want to see more edits head to Twitter and search #smashbrosultimate to see for yourself.  I’m sure this trend will continue at least until Smash Bros Ultimate on Nintendo Switch releases…. or maybe longer. Heck, I’m probably going to make one later myself.

**Thanks to all those creative folks out on Twitter, give their accounts some love.** 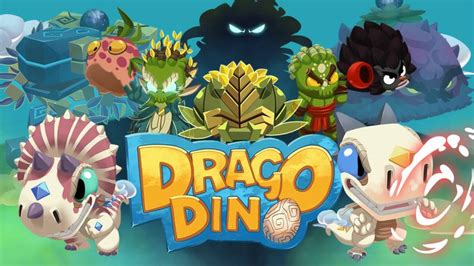 Drago Dino was created by Plug-In Digital. Unfortunately, it failed to impress. You control a Drago Dino called Bob (Yes, Original) who you guide through 10 levels in search of his lost egg. You do this by traversing through 2D platform levels which are very lackluster. Bob doesn’t control very well but is designed very well and looks cute enough. Once you get used to his flaws, he does seem to bob-along.

There are two difficulties to choose from. You can choose Normal or Hard. In Normal, you get three lives and checkpoints whereas in Hard, you get one life and no checkpoints.

Players can also play in Co-op mode. In addition to that, there is a practice mode with a practice map.  The practice mode came off as a bit strange.  It’s almost as if the developers knew that this particular Drago Dino was going to be hard to control.

It’s not a bad game by any stretch. Its one high point is that the game looks incredibly cute. I simply can’t recommend it as lackluster as it is.  Drago Dino as mentioned already, failed to impress me and I fear it will fail to impress you.  For £8.99($9.99) it seems a tad expensive for what you get. it took me roughly 1:30 hours to complete, so it’s not a long game.  Q4P Pass or Play? PASS 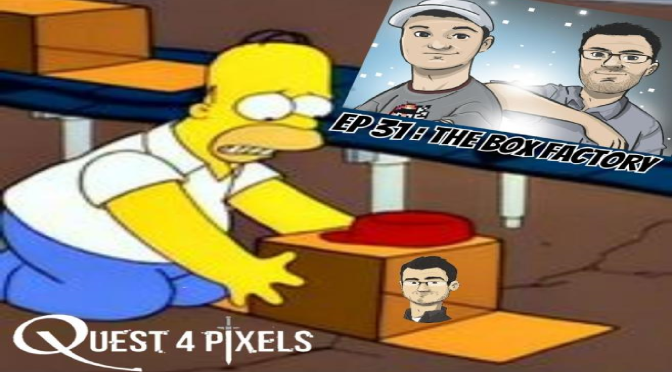 E3 2018 is a little over a month away, its time we make some Nintendo E3 predictions! This week Tony and Sheldon are joined by Mr. Sean Capri from Make us Better to discuss our thoughts on Nintendo at E3. We each make our predictions and break them down and discuss what we feel will really happen, as well as our pipe dreams. Ha, Nintendo, Pipes, Mario. Join us this week as we dive into our Nintendo e# predictions for 2018!

Quest 4 Pixels Conversations is a video game podcast with a major focus on Nintendo and Nintendo Switch. We cover all things gaming including games, Xbox One, PlayStation 4, Nintendo Switch, and sometimes Pc gaming.

►►►Become a Quest 4 Pixels Patreon for as little as $1 dollar!