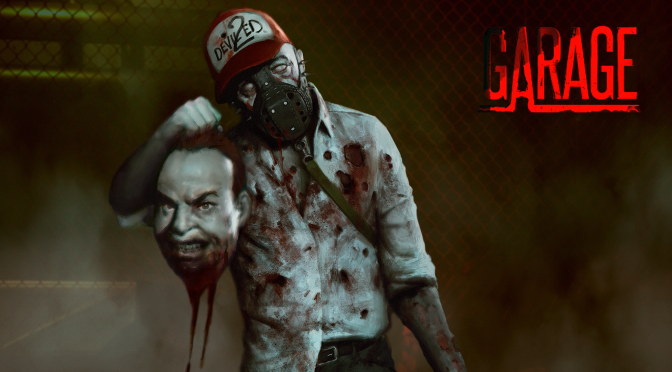 Get ready to run, shoot, and survive in this top-down zombie horror! Lets blast into the Garage Review!

Garage Get Out Alive

Garage is a top-down horror game similar to games like Hotline Miami and Grand Theft Auto(PS1). It is releasing on Nintendo Switch first, then later moving onto other consoles. The game focuses on the character Butch, who finds himself in a zombie-infested warzone. In the beginning, you are trying to figure out what is going on as you search for a weapon after coming across flesh-eating zombies. As you make your way through the first few chapters of the game you come across a ringing telephone. Out of curiosity, you answer it, and this is when you meet Anaconda. Anaconda is trying to reach her zombie slaying team. She is somewhat disappointed in you answering her call but decides to bring you on to the team and tasks you with rescuing her.

The controls in Garage are great. The character movement is smooth and aiming and shooting weapons is easy. Something that puts Garage above the rest is the ability to run backward as you mow over zombies. This control is an excellent option as you find yourself having to avoid the fast-moving undead cadavers. Ammo is never scarce which is very welcoming in a horror game. You will never find yourself up against the undead without a healthy amount of bullets. As you progress in the story, you will find new and improved weapons to add to your zombie slaying arsenal. Along with the undead you will also be pitted against gruesome bosses. One of the bosses that caught my attention was a human centipede like mutation. This fight is where being able to run and gun backward really came in handy.

The graphics in Garage are simple yet satisfying. The top-down style limits what can be done with characters but Tiny Build does a great job of making characters stand out in Grage. Enemies are easy to tell apart from other characters, such as the soldiers. But the best part of the game is the sheer gore. Blasting zombies and seeing them pile up is simply satisfying and helps intensify the creepy nature of the world in Garage. Fans of the horror genre will appreciate the work that went into making the graphics in Garage stand out.

Garage is well paced and addicting. The game saves often which makes dying less painful. The frequent saves make Garage easy to pick up and play for shorter periods of time, making it a great title for the Nintendo Switch. The game can be difficult but keeps you progressing, though doesn’t try to stump you with unnecessary difficulty. The story is interesting and breaks up the intense gameplay with some comic relief. Garage is great at getting to you when you are least expecting it. It will scare the hell out of you. Jump scares are used perfectly in Garage and actually add to the gameplay by making you plan your movement. You never know when a flesh-eating cadaver will blast out to devour you! In the end, Garage is one of the best horror games I’ve played!