Today some interesting pictures were released on to the wild. These pictures are reportedly a memo from Nintendo. The memos detail Nintendo’s stage presentation and also there TreeHouse event. 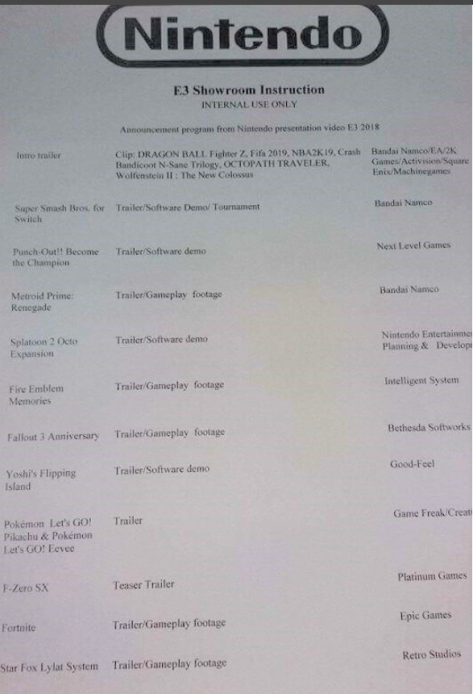 Some titles that get me excited are. Punch Out become the Champion. Metriod Prime: Renegade. Fallout 3 Anniversary. Pokemon let’s go Pikachu and Pokemon let’s go Eevee. F-Zero SX. Star Fox Lylat System. The most exciting thing about this list if it is real is that, Nintendo only really talks about games that are releasing in the next year. with this line up Nintendo could for sure push 20 million by the end of there financial year.

The fun and excitement for Nintendo won’t stop at the main stage, we will be treated to hours of game play from the TreeHouse gang. So many  juicy games in store for us during this stream. 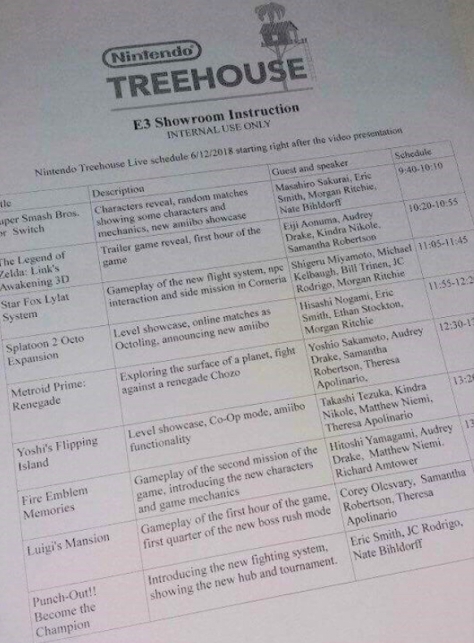 All of the game in the TreeHouse were games revealed from the above memo, with some 3DS goodness sprinkled in. The legend of Zelda: Links awakening, and Luigi’s Mansion. This will definitely be on Nintendo TreeHouse you do not want to miss. Lets be honest though if it sounds to good to be true it usually is so lets just have fun talking about rumors and speculation, and take all news with a grain of salt.